Let me preface this by saying that this is not your average MIlan “to-do” guide. For one thing, we don’t waltz happily down via Montenapoleone for an entire day, giving our credit cards a good workout.

Since one of us is a “resident” in this fine city, we thought we’d give you a different view. It’s still slightly stylish but with our hallmark zeal for “adventure”. And since we didn’t get to do our yearly trek up some mountain, we decided Milan was our mountain… Let’s begin, shall we?

First things, try to fly into Milan Linate Airport if you can. We transferred via Heathrow in London so there was that option, which we happily took. Why? It’s a mere 20min ride into the city centre (versus Malpensa’s 1hr trek). That’s an extra 40mins for aperitivos. That’s more important, I’m sure you’d agree.

Our home away from home for the next 48hrs was Locanda Pandenus via Mercato, in the heart of the Brera district. The area was once known as Milan’s bohemian enclave. It’s now becoming the spot for design and chic venues to relax over a glass of wine.

We arrive in time for check-in, a quick shower and we’re off for our first aperitivo at N’Ombra de Vin. Now, we are all for sitting outside on the sidewalks, watching the world pass by lazily. But for this place, you should really be inside. Owned by a 2nd generation sommelier, this “main” part of the bar is housed in an old wine cellar. The walls are lined with wine bottles, left to right, top to bottom. It’s truly a sight to behold. The subterranean location makes it a cozy spot to drink, nibble and chat the night away. We toasted our first night in Milan with delicious glasses of Franciacorta, a sparkling wine from the Lombardy region. Yes, there was food as well - delicious plates of steak tartare and vitello tonnato.

It’s a holiday and we were naughty in having that last glass of negroni as a nightcap the night before so we had a lazy lie-in. You’ll be grateful you did. The spacious rooms are just a delight. It’s a stylish hotel but with nice soft touches everywhere. But we dragged our pert little behinds into the marble-lined bathroom (also very spacious, we might add) and got cleaned up.

It’s time to explore the city! But first! Espressos and croissants alla crema (aka custard) all round please. You won’t have to go far since the bakery downstairs (same owners) are top notch.

Since we had a bit of time to kill before lunch, we wandered down to Pinacoteca di Brera. Connected to the Academy of Fine Arts, this little jewel box of an art gallery is considered to be one of the most underrated museums of the world (next to the pow-pow names of Florence’s Uffizi and Paris’ Lourve, to name a few). But it is worth spending a morning here gazing at a Raphael and a Caravaggio or two. The beautiful Palazzo Brera, which houses both the academy and the gallery is also worth a look. PS: Closed Mondays. Actually, a lot of things are closed on Mondays in Milan. You have been warned...

Lunchtime and we wandered down onto via Corso Garibaldi, making a beeline for Radetzky Cafe. Yes, we realise this very Milanese institution is The spot for aperitivos but lunch is just as fun and tasty. We ordered up plates of pasta with artichokes and prawns, washed down with wine. Lingering over our espressos, we decided to eye up some of Milan’s most stylish - our version of dessert!

After all that delicious food, we decided to rent some bikes and work some of it off. There are several bike sharing options around Milan but we preferred the bright yellow two-wheelers by Ofo. Yes, they were slightly pricier but they were sturdier and more comfortable. When you’re bumping along those cobblestones, you’ll thank us! Using them is easy, just download the app, find the bike, unlock it with the QR code and off you go! You top-up credits via your credit card. It’s done in 2 seconds - takes longer to download the app!

We had a few things that we wanted to look at but this wasn’t exactly a bicycle tour per se. It was a way of just enjoying the fresh air, get those muscles moving and enjoying the world zip by. So what did we see? Well, there were the archaeological sites dotted around Milan, including the former location of Emperor Massimian’s palace between via Torino and corso Magenta. Many call this the Roman Milan and there are many such ruins dotted around the city - best enjoyed on foot… or bike! And here’s a fun fact, did you know that a flock of pink flamingoes call Milan home? At the Villa Invernizzi, to be exact. A little sleuthing told us that this private mansion was once owned by an Italian businessman and the inventor of Mio cheese. The businessman and his wife passed away in 2005. Since they did not have children, they left everything (including flamingoes) to a foundation with the aim of improving Milanese society (grants for PhDs, etc). Fascinating people, really.

We end the day with aperitivos at the much talked about Starbucks Reserve Roastery Milan on via Cordusio… literally down the road from the Duomo di Milano. Judge all you like but there was no queue and if you were us, you would’ve gone in for a look as well. And this is quite possibly one of the swishest Starbucks we’ve ever been in - complete with doorman! Walk in and you’ll be greeted by this elaborate coffee processing machine and lots of little counters offering up coffee (what else?) and the famed pastries of Princi. We skipped all of that and ended up… at the bar upstairs for spritzes and those delicious pastries. The bartenders certainly weren’t as slick as those in your average Milan bar but they poured well enough, were attentive and it’s a comfortable, attractive space. A+ purely for the novelty factor and if there isn’t a queue. 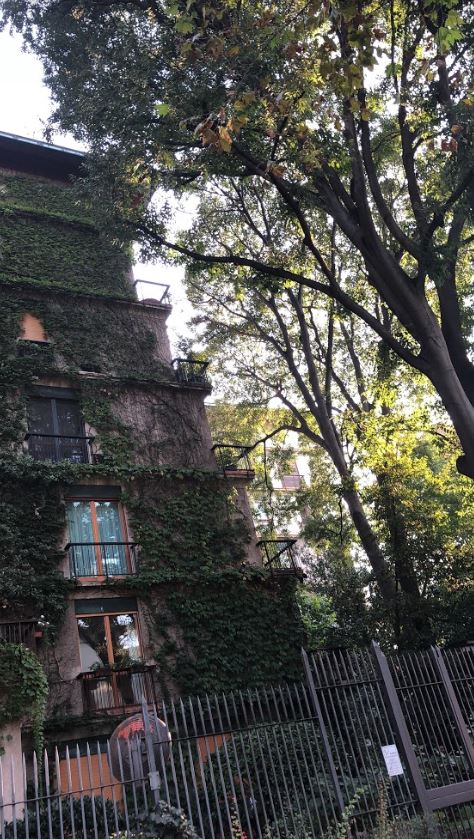 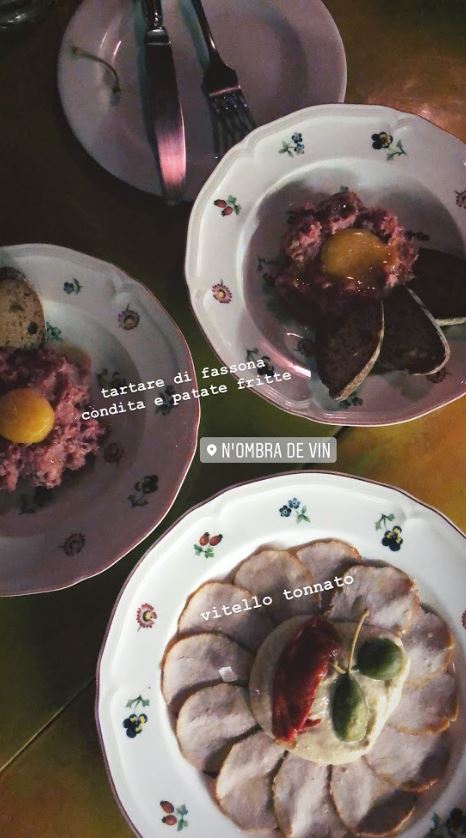 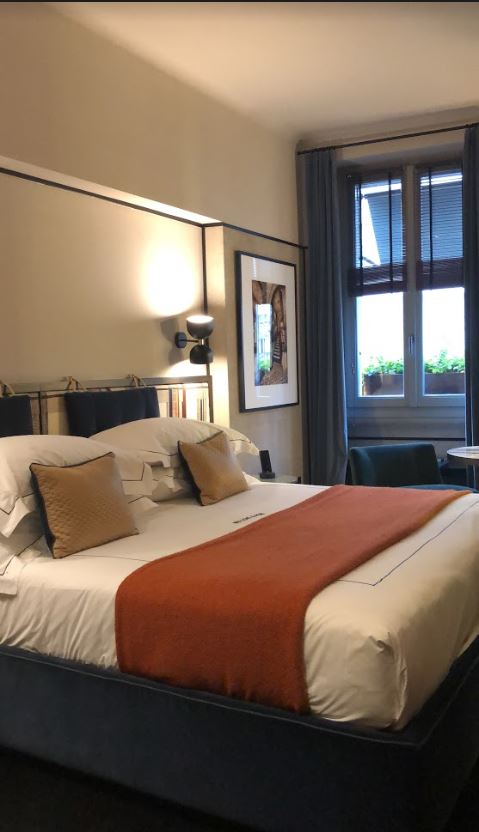 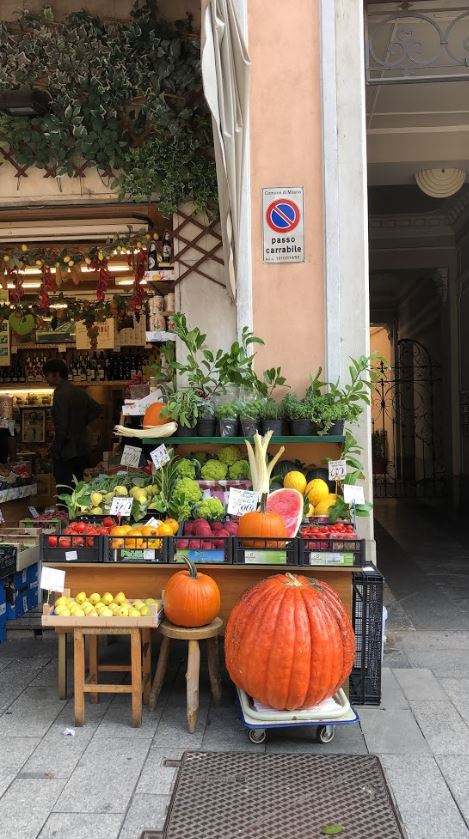 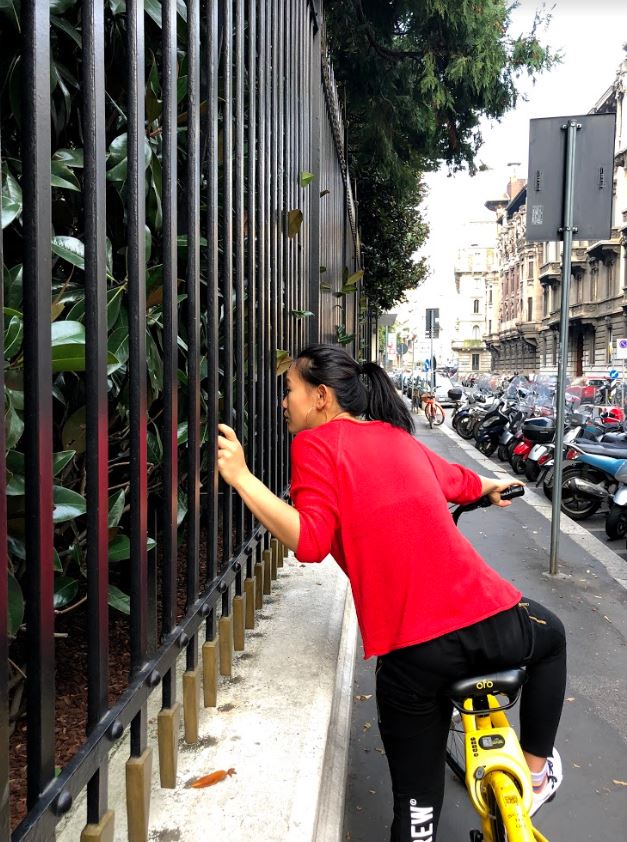 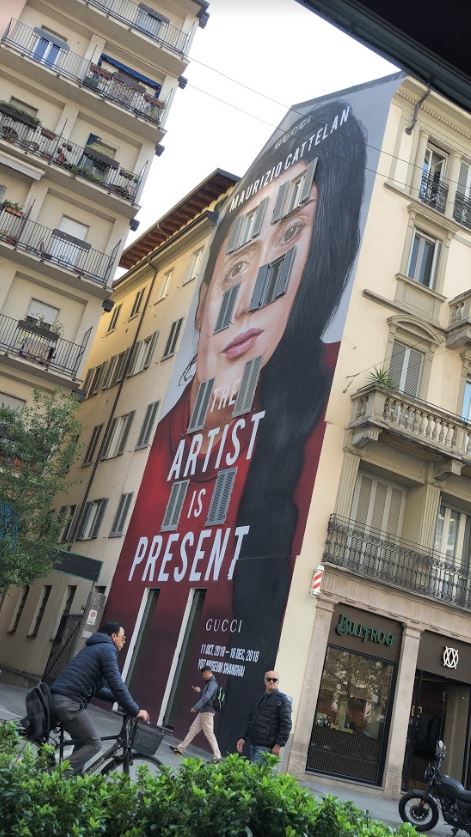 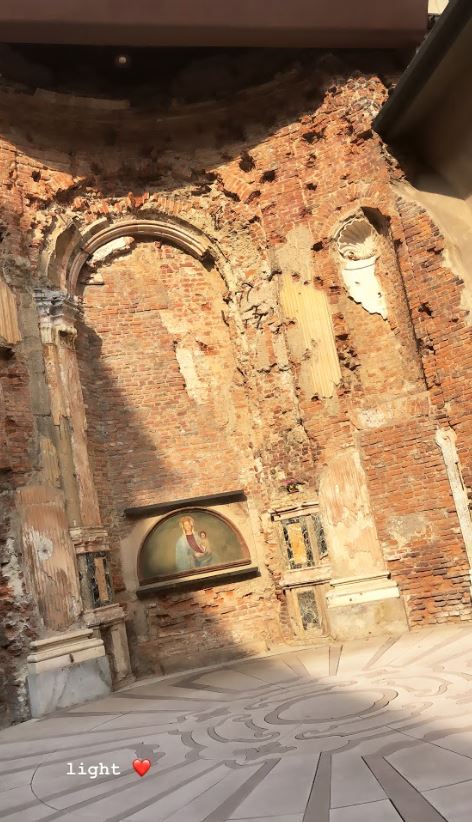 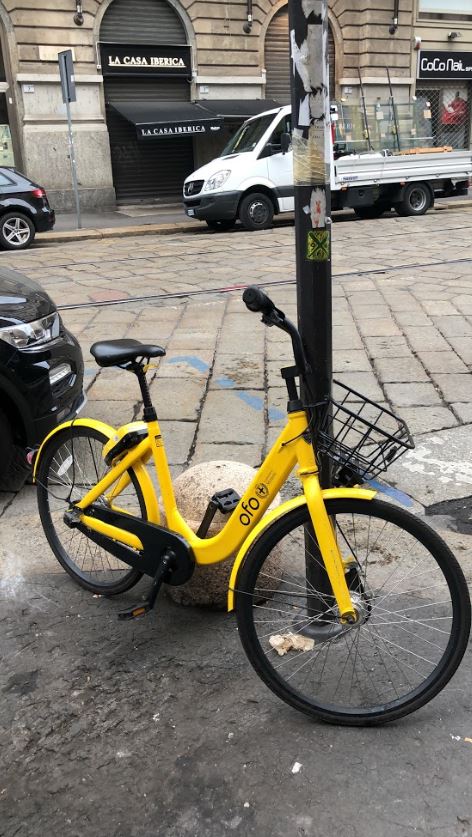 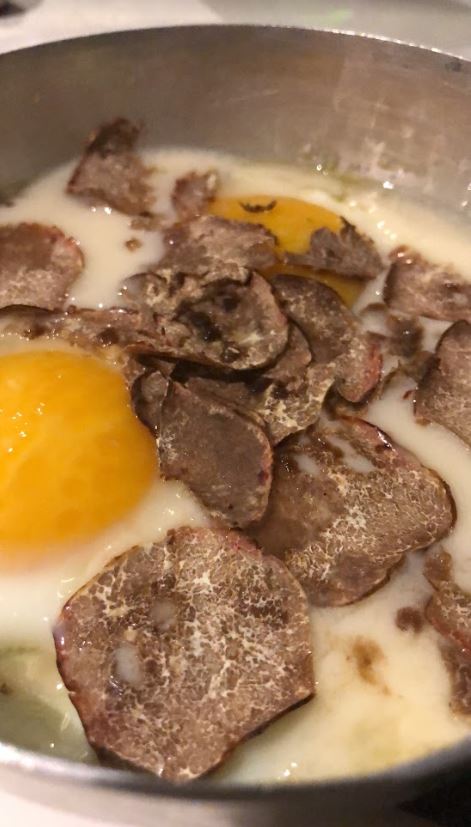 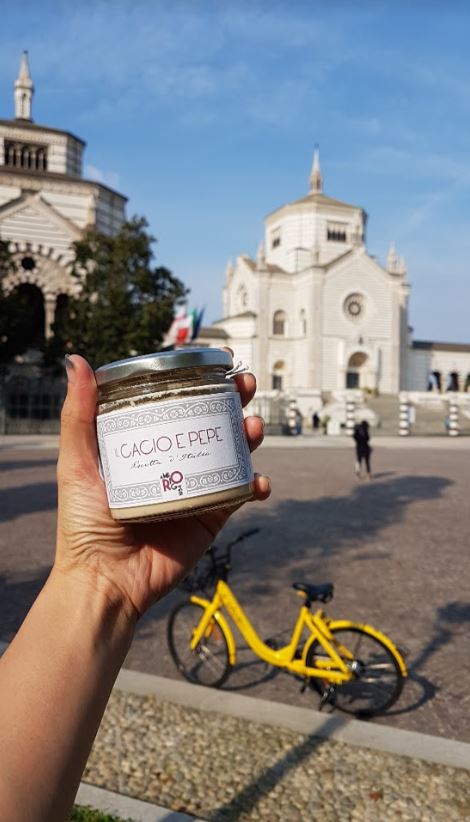 Last day in Milan and we decide to make the most of it. Up bright and early for our turn to gawk at The Last Supper. Just remember to book your entrance ticket with a guided tour - you won’t be allowed in without, as some poor chap found out at the absolute last minute as he was getting his bag checked by security. Usually, you’re given 15 minutes in the refectory of the Santa Maria delle Grazie convent where The Last Supper is located. But we got an extra 5 minutes during our visit because 2019 marks the 500th anniversary of Leonardo da Vinci’s death - the guy responsible for this masterpiece. To celebrate, they have a simple yet special exhibition in place - Leonardo da Vinci’s Early Ideas for The Last Supper. It features 10 simple sketches by Leonarda da Vinci, before he started work on the actual painting. These were all on loan from the British Royal Family. You honestly won’t be able to take it all in in a mere 20 minutes. Put down the camera, stay silent and just take it all in, as much as you can.

Lunch was at Eataly dedicated to all delicious Italian things. The sprawling complex was great for easy bites (we scarfed down ice-cold Italian beers and some tasty buffalo mozzarella pizzas) and some shopping. ‘Tis the season for that traditional Milanese Christmas treat - panettone! And we just had to bring some home, Eataly had a whole host of them to choose from.

Last stop before we headed back to our hotel to freshen up for dinner was the Cimitero Monumentale di Milano, one of the largest cemeteries in Milan (it measures over 250 sqm) and an incredible outdoor museum. A tranquil space, we parked our bikes just outside and took a nice leisurely stroll. Many recognizable names can be found there, including the tomb of the Campari family - yes, the same family responsible for all those tasty spritzes. Their tomb has a life-sized replica of The Last Supper in bronze, signed by Giannino Castiglioni who created it in 1935.

Our last supper in Milan was at Tartufotto Milano - fall/winter is truffle season and we were definitely indulging. A quiet, unpretentious space, it is best known for its inventive dishes celebrating all things truffle - white (bianco) and black (nero). Highlights of the evening included the uovo al tegamino con crema di Parmigiano Reggiano (basically a fried egg with Parmesan cream) with white truffles and the most delicious vanilla ice-cream with truffle honey.

One decadent glass of barolo to end the night… and the next morning, we were on our flight back home. Ciao Milano… we will be back!

A Valley of Penises